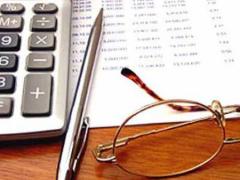 The Company’s net profit for the reporting period increased by 1.3 times compared to 2012 and amounted to 1 billion 927 million tenge.

The positive dynamics of financial indicators is due to the increase in the scale of business and the expansion of the range of business activities, as well as the implementation of measures aimed at implementing the Company’s Strategic Development Concept.

According to the results of 2013, the volume of cargo transshipment at the border crossing of Kazakhstan and China — Dostyk and Altynkol stations amounted to 4.8 million tons, which is 24% higher than in 2012.

At its own cargo terminals in the largest administrative centers of Kazakhstan, the Company processed 2.8 million tons of cargo and provided an increase of +4% compared to 2012. The market share in this market segment is 16.3%.

In 2013, freight forwarding services for container transport increased by 23% to 92 thousand TEU, and the company’s market share increased to 15.4%.

At the same time, the most significant breakthrough of the Company is observed in the segment of container transport operator services.

In 2013, 5,000 units of fitting platforms were accepted for operation, the volume of services rendered increased more than 10 times and amounted to 235 thousand TEU, which corresponds to 40% of the container transportation market.

Since 2005, the financial statements of JSC «Kedentransservice» also consolidate the indicators of «Transport Holding of Kazakhstan» LLP.

The consolidated financial statements of JSC «Kedentransservice» under IFRS for 2013 can be found at: http://www.kdts.kz/sites/default/files/documents/fin_report_2013_kdts.pdf

Reference: JSC «Kedentransservice» is the largest service and logistics company of the Republic of Kazakhstan. The company’s terminals are located in all regions, major cities of the country and at the border stations Dostyk and Altynkol. The company’s shareholders are JSC «Transcontainer» (50% of shares) and JSC «NC «Kazakhstan Temir Zholy» (Kazakhstan Railways, 50% of shares).