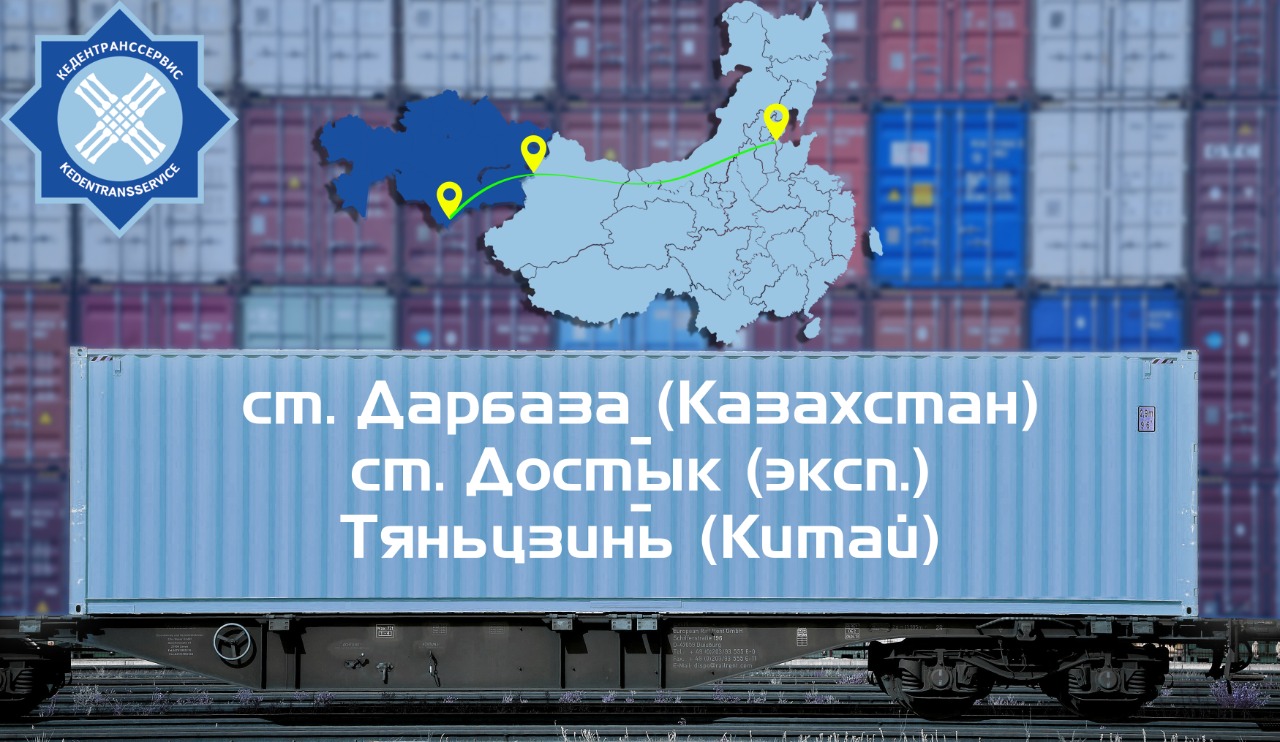 At the end of December 2021, Kedentransservice JSC, together with partners, launched a container train along the route st. Darbaza — Tianjin (a port city in the northeast of China) through the border crossing Alashankou — Dostyk (exp.). The train includes 50 x 40-foot containers with a load of «cotton fiber».

The composition of the train is formed from the rolling stock of Kedentransservice JSC.

The first train from the Darbaza station (Kazakhstan) arrived at the Dostyk (exp.) station on January 3, where the containers were reloaded onto the 1435 mm gauge standard platforms and the cargo was further shipped along the route Dostyk (exp.) — Tianjin. The travel time on the route in one direction was 9 days.

On January 25, the President of the Republic of Kazakhstan, Kassym-Jomart Tokayev, in his speech at the online summit of the heads of state «Central Asia-China», timed to coincide with the 30th anniversary of the establishment of diplomatic relations between the countries of Central Asia by China, noted that Kazakhstan has the opportunity to expand export supplies to China in 135 positions, including organic agricultural products and food for more than $1 billion. This service will expand the geography of the presence of JSC «NC «Kazakhstan Temir Zholy» on new export container routes.

We invite partners to cooperate.

All your questions and You can send requests to: wagon@kdts.kz